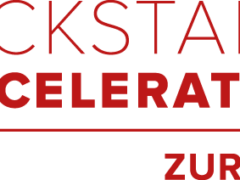 Kickstart Accelerator is one of the Europe’s largest multi-corporate, zero equity accelerators with the goal of placing the Swiss innovation ecosystem on the global map of entrepreneurship. For 11 weeks it brings 30 of the most promising international startups and intrapreneurial teams to Zurich where they are provided with coworking space, direct access to over 15 leading corporate partners, top-level mentors and experts and a chance to win up to CHF 25’000. In its first edition in 2016, 6 proof-of-concepts were successfully initiated, over 4 million CHF raised by the participating startups and +120 publications covered the program, including Financial Times, Bloomberg and Forbes.

Kickstart Accelerator is an initiative by digitalswitzerland, a cross-industry association, which aims at making Switzerland a leading digital innovation hub in Europe. The program is operated by Impact Hub Zürich, which is part of the largest network of entrepreneurship and innovation centers across the globe.

In 2017 Kickstart Accelerator will focus on innovation areas that Switzerland has a competitive advantage in. We are looking for startups that are working on future and emerging technologies in and around the areas of FinTech, Food, Robotics & Intelligent Systems, Smart Cities and Healthcare. All verticals will be running at the same time from the beginning of September until the middle of November 2017 in two campuses – Zurich and Basel. Healthcare vertical startups will be working in Basel campus leveraging great infrastructure offered by our partners. Startups from other verticals will be working under one roof in Zurich enabling them to benefit from interdisciplinary exchanges going beyond their vertical.

Sign up for our newsletter to receive updates on the startup ecosystem in Berlin.

You have Successfully Subscribed!